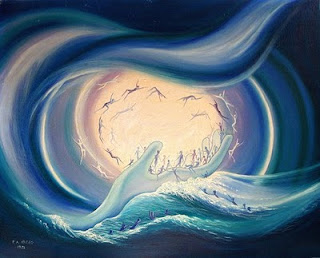 Yep, that's what I said, Ebay is soliciting the help of its sellers to sign a petition against the Main Street Fairness Act.

"The Main Street Fairness Act was introduced by Massachusetts representative Bill Delahunt on July 1, who said the bill was designed to help states "retrieve billions in sales tax revenues that are owed but currently going uncollected while providing long overdue relief to Main Street businesses by restoring fairness and competition to the marketplace."

Before you yell out "help WHO????" consider this, most online sellers faithfully collect the state sales tax on purchases in their own state. Under this bill sellers would be forced to collect state sales tax for almost ALL states! A horrendous job considering how many different states and counties within those states one would have to figure out.

There's another point to consider - this would let the tax people "get their foot in the door". I'm sure we all realize that once done, it will never be undone and the tax that is presently aimed at larger sellers will eventually fall deeper and deeper until it encompasses ALL sellers both large and small and will reach out to their own websites and into every site they list on until nothing can be sold on the web without paying a tax!

Most sellers simply want to throw up their hands and say they would never do anything to benefit Ebay. Plenty of them are and were being manipulated, squeezed for fees and treated like criminals by that site and plenty of them left because they could no longer profit there. Okay...Ebay is soliciting help to fight this - but YOU should sign the petition to help YOURSELF! Consider it folks...it does make sense. Hold your nose, close your eyes - do whatever is necessary, but sign up to fight against this. In the end if this bill passes it will boil down to just another imposition on YOU, the seller.

My painting for today is called Life Cycle II. Its an oil I painted and sold back in 1976.
Posted by ms.pat at 9:11 AM