Ebay - Turnaround? ..Or Spinning Its Wheels! 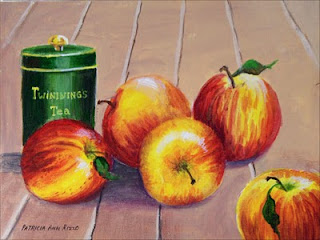 Saw this on a blog and got permission to print it here....dem's my feelings exactly:

Whatever happens to Ebay in the months ahead, it will change. Definitely not the turnaround Donahoe wants but it will change or it will die! Simple as that. For over 2 1/2 years he has been promising a turnaround and a big change....that is NOT happening. Ebay has stagnated from quarterly report to quarterly report and now depends heavily on Paypal's success (which also is not forever). At this point about the only hope Ebay has is to oust present management and his team and hire people experienced in online sales and what it takes to make those sales (the latter being the most important). Donahoe relies on Ebay's name and since that isn't working he probably doesn't know which way to turn at this point. The result is nothingness...a stagnation that will kill.

If Ebay were my site I would immediately divide it in the style of Overstock...with the diamond sellers on one side selling retail and the small sellers on the other side selling auctions and BIN's. Its Ebay's only hope and that hope is fading as days go by. Sellers are leaving and other sites ARE getting a foothold - whether Ebay wants to admit that or not!

Ebay needs to bring community and fun back to the auction side. They need to let up on some of those draconian policies that are chasing sellers away. Make it okay for sellers to make a profit selling on the site!

Take the power to destroy sellers out of buyers' hands and make that an administrative decision! Get rid of the childish DSR's and go back to relying on feedback and that percentage figure of negs and neutrals.

Ebay needs to get their hands dirty - get into the trenches and work with buyers and sellers. Time is gone where they could simply sit back and rack in the money....they need to realize this.

I have one word for John Donahoe: Rakuten. I think he best work and work fast on a logical turnaround that is built for success and not the quick buck. Rakuten wants world dominance and they are aggressively working on it. Its only a matter of time before they reach out to US buyers...AND...US sellers...! ;-)

My painting for today....Gala Apples - an apple for the teacher?
Posted by ms.pat at 9:57 AM 2 comments:

Trolls, Hooners, Cyber Stalkers - the Dark Side of the Net 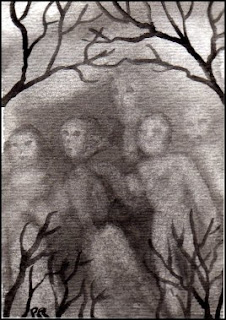 Do you have them around you? Well, if you visit discussion boards - especially on Ebay, you're bound to run into more than one - called Trolls. In the Ebay Cafe (an Ebay chatroom) they are called Hooners (long story as to why). When they follow you around specifically and tend to step into a thread you're commenting in - only to bash you personally and not the topic at hand, then I call them stalkers. Some call them "cheerleaders" because they seem to be specific to Ebay and will jump to Ebay's side and bash anyone commenting negatively on the subject. It seems the internet spawned this new breed of cowards who like to hide behind their monitors and feel like big wigs. They generally end up making fools only of themselves...but you can't make them understand that. As you can tell, I'm venting because of one or two specific stalkers who start out saying I'm negative and end up saying things about my age and mentality. Crude...yes. Can you make the stalker understand he looks the fool?...NO!

I'm sure there are others out there being annoyed by one or more of these mentally unbalanced bashers or aggravated by a troll who inserts himself/herself into every thread on a discussion board only to detract from the topic of the thread.

Step forward - you are completely anonymous here and let's hear your story.

A shadowy painting for today.
Posted by ms.pat at 9:01 AM No comments: