I Can't Wait for Tuesday to Come! 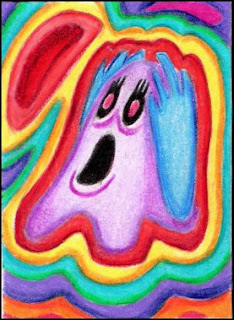 I think you all know what I mean. We've heard months of ads and debates for all parties concerned...we've been subjected to dirty laundry on all sides. At first the ads were all about what they wanted to accomplish (no details though) then they got to smearing each other...lately its mostly lies and exaggerations about each other.

Now, near Election Day 2010 its incessant....turn on the TV...political ads...turn on the radio...political ads. If you turn both off there is still the phone calls. Robot calls with the candidates speaking like your long lost friend when they wouldn't look you in the eye on the street before this time...and they won't after this time too! I think one of the worst things is having them interrupt you with robo calls all times of the day and being on the national do not call list means nothing! We somehow lost the right to not be badgered by political candidates!! If you are feeling brainwashed I'm afraid you'll have to suck it up till Tuesday night because even Tuesday they'll be calling you and offering to ride you to the polls. Saying you already voted (I vote in the morning) is not effective - they will act like they don't believe you! Thankfully, by Wednesday the ads will disappear and all you'll hear is acceptance and concession speeches over and over again. By thursday, life will start to return to normal...or as normal as it can get these days.

To those "trick n treaters" Happy Halloween!
Posted by ms.pat at 12:01 PM