Ebay - Are You Really Better Off Now Than One Year Ago? 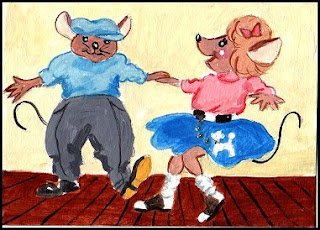 This morning I was sitting out on my little patio with my usual morning cup of tea. My thoughts wandering had somehow settled on Ebay and the utter mess its become for us sellers since the big announcement in January of this year. I think back to last year and had just come off a super summer selling season. I believe I probably made over 400 feedbacks last year alone - I'd have to check on that to be sure. It was a banner year for me and I still had the holiday season approaching. It was wonderful and I felt that retirement wasn't so bad afterall - I had plenty of change jingling around in my pocket for little luxuries and my ebay money was paying a lot of bills for me. What happened between now and then can only be described as bedlam! (hope I spelled that right). I now know the true meaning of Mr. Donahoe's "disruptive innovation". Believe me, if anyone in authority utters that to you - run for your life!!!

There's a backlash to all of this and it concerns my one-time pal Ebay. If all of us small sellers lost so much business and so much money....and the sell thru rates are now flat for most - and the sell thru rates for the likes of buy.com are downright dismal....how is Ebay making any profit? Truth be told...they aren't. Their stock is down, downgraded just yesterday to a forecast of 19.00 a share by the likes of Deutsch Bank. All is not rosy in the Ebay camp - top management is leaving...kind of like the rats deserting the sinking ship. One needs to wonder...where will it all end? Will Ebay become Amazon's cheap and cheesy third cousin? Ebay wouldn't or couldn't venture the capital to be anything more than that. In the end, when the present managment is swept out finally and forever, all I can hope for is that they leave enough of Ebay so that small sellers might once again venture in and clean up the mess they made! Then it can join the other small time venues who are trying to become the size Ebay once was!

The painting for today? Well, you might call it...when the cat's away the mice will play :-) Have a Super Sunday everyone!
Posted by ms.pat at 2:13 PM