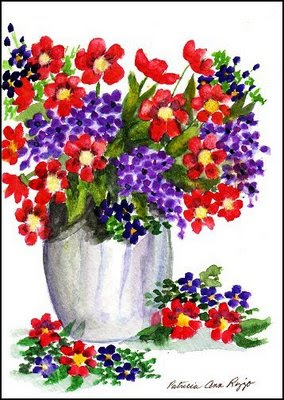 Wow! What can I say about Ebay's Analyst Day? Some blogger already put it into one sentence: "Nothing new here - move on". That's about it in a nutshell. Lots of posturing by the speakers and lots of promise for the future and lots of selling so many millions of items a day, per minute - I call them fish stories. You know that fisherman who actually caught an 8 inch fish retelling the story as a three foot fish. In this case though - they are making fish stories around the slow and steady decline of a once mighty company. They are trying to put the blinders on analysts...will they be stupid enough to fall for it? Ebay's management team has succeeded in several things - none good:

1. They succeeded in arriving at the first decline in a quarterly report...and it happened in last years 4th quarter!!! If you can't succeed during the holiday season then you can't succeed...its as simple as that.

2. They've succeeded in driving off thousands of small sellers. The very sellers who attracted buyers through selling their rare, vintage and unique items. The things that could NOT be found in any store.

3. In driving off small sellers they also succeeded in driving off a buying force - since sellers also buy on the site. Secondary - they drove off buyers who frequented these sellers - both can be found on smaller sites.

4. They made it almost impossible for buyers to find what they're looking for. With Ebay's new Best Match - even the inventor of it said it was never intended to be the only search!

5. With Best Match Ebay has succeeded in manipulating search so that the buyer sees what Ebay wants him to see....small sellers are often so buried in the listings that they are forced to go elsewhere.

This is only 5 of the points Ebay's new management team has succeeded in doing in the past year alone. I would say they were let off pretty easy at only getting their pay frozen to last year's standards. I would have offered them $8.75 an hour - take it or leave it!!!

It is clear to me that Ebay is headed pell-mell towards that cliff. Its almost inevitable now that they will fall and fall big. Perhaps that is what is needed in order to bring them down to the size they've earned. Perhaps that's what the board has to see in order for it to come to its senses! Right now they are a failure to most sellers and certainly to small sellers. Their reputation is so tarnished by their treatment of sellers in the past year that that alone could cause their continued downfall no matter what they do at this point. Even if they turned around completely - word of mouth will continue - lack of faith in the company will continue for many many years! Can Ebay outlive its reputation?....I think not.

A good start would have been firing the present management team...but that just isn't going to happen. All we can do is wait and watch....like that guy standing out on a ledge 20 stories up...will he jump?....we all hope not yet he moves ever closer to the edge... :-(

My painting for today is a watercolor: "Red Wood Roses and Lilacs"
Posted by ms.pat at 10:50 AM