Ebay vs Amazon - Why Amazon Wins 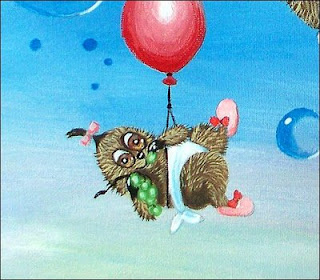 I know I have knocked articles that pit Ebay against Amazon but since there are so many of them I want to give my opinion as to why this comparison just doesn't wash. I've been selling on Ebay since 1998 and loved the free-wheeling fun atmosphere. Done correctly, transactions on Ebay between buyers and sellers should be just as friendly as meeting face to face. In all my 10 years there I've met some exceptional people, some I now count as friends. In the past 9 months, John Donahoe has managed to turn that around - at least for me, and I no longer am planning to sell on Ebay. His sights seem to be firmly set on capturing some of Amazon's share of the market...but with the least amount of work and money as possible. Therein lies the rub.

Okay...here it is. On Ebay, I can buy and be cheated and chances are the seller will get away with it. I go into a transaction as sort of a gamble...will the item be as described?...will the seller refund if I don't like the item or its damaged?...is the item even going to arrive? Ebay has set up a fancy system with ratings and standings in the listings tied to ratings. All of these only serve to make the sellers angry and the buyers frustrated because they can't find what they want. In fact Ebay's entire system could have boiled down to only two feedback questions: 1) were you pleased with your transaction? 2) would you buy from this seller again? Tying standings in the listings does nothing but penalize the seller from selling, Ebay from making profit on those sales and the buyer from finding what he wants! Donahoe's attempt to usher in big box stores to list on his site just isn't working...and why should it when most have their own sites? There you have a partial example of what is wrong with Ebay. Someday soon I may give more reasons why Ebay will never be another Amazon even if it gives up ALL of its small sellers and powersellers and I'll add a seller's opinion on what I feel needs to be done to make the site "whole" once again.

Back to the situation at hand...none of the above problems are present when buying on Amazon. In fact, I have been buying on Amazon for years (mostly CD's and books from 3rd party sellers there) and had only one incident in all that time. The one problem I had with an Amazon seller brought to light exactly how big the difference is between Ebay and Amazon and why Ebay will never gather ANY of Amazon's market share.

I bought a book on Amazon a year or so ago. It was a book on Rush Limbaugh written by Al Frankin and I thought it would be a fun book to read - nothing more than that. So, I ordered it from one of Amazon's third party sellers. A month later I realized the book had not yet come and so I contacted the seller and asked when he had mailed it. He sent back a nasty reply and said its out of his hands and when it gets here it gets here! Well, that prompted a not too nice reply from me and a virtual email "war" began between me and this seller. I became frustrated enough to check the site to see what I can do about complaining and came across the complaint information. The information said to email them my phone number and they would get right back to me. I thought, "yeah and I'll grow old waiting" (thinking along Ebay lines). I never expected a return phone call....BUT I got one in less than 15 minutes. First words from the Amazon representative "don't worry, the item is guarranteed and if you don't get it we will refund"!!!! Amazing...stupendous...for real???? These are words you will NEVER hear from ebay....NEVER! She filled out the information for a refund for me and said I would get it within two weeks and she would "speak to" the seller about his performance. I hung up feeling absolutely amazed! This Amazon works...and works well! As luck would have it, the book arrived the next day. As the seller had said, he mailed it out the same day I ordered it (yet he could have been nice about it). I sent an email to Amazon telling them to forget about the refund, I had received the book. Case closed. I wonder how the same situation would play out on Ebay :-) Ebay users ALL know the answer to that one and that is one of the reasons WHY Ebay will never be able to transform themselves into another Amazon.

My piece of artwork for today is a closeup of Baby Whatchamacallit from my painting "The Whatchamacallits". Thought it would bring you a smile.
Posted by ms.pat at 8:59 AM