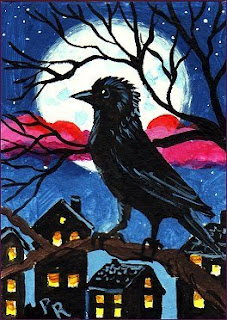 I could not believe my eyes and ears while watching the presidential debate tonight. Good grief - just what someone who is trailing in the polls should do...shoot themselves in the foot! Meg Whitman???? At first I thought well - at least California would be safe from her running for governor - then I realized that Secretary of the Treasury is an even bigger job to screw up like she helped screw up Ebay. She will never be forgotten as the person who groomed John Donahoe and that Donahoe has almost single handedly brought the company to its knees in less than a year with his foolish "disruptive innovation" garbage!! He and Whitman have put thousands of small sellers out of business and they will both be known for that...forever! Among small sellers, ebay is no prize package - no salvation from poverty - instead, among most small sellers, it has become the most hated company on the internet with no end in sight! If McCain kept up on current events he would see that just yesterday Ebay slashed 1,000 jobs and about 600 temp positions and now I hear they will lay off a lot of workers in Germany! Apparently, McCain never bothered to look into what Whitman left on Ebay and, I believe she is still on the payroll!

Well, one thing it did was to convince me that McCain is totally out of touch and following right in Bushes' footsteps with handing out jobs to people who support his campaign....regardless of experience for the job!


Well, Halloween will be here before we know it. The artwork tonight is a miniature called Halloween Raven.